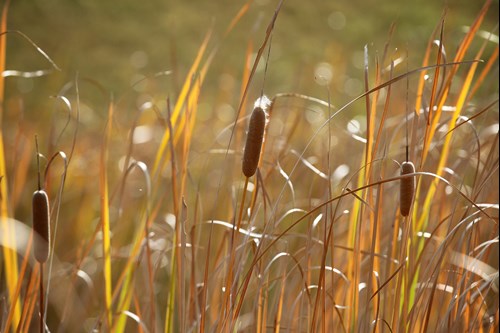 Senegalese rice crops have long suffered from the spread of typha, an invasive wetland weed. Now researchers at IHE Delft are working on technology to transform typha – commonly known as cattail – into hydrochar, a sustainable alternative to traditional household fuels. Pilot trials are planned at the BIO4Africa test site at University Assane Seck of Ziguinchor (UASZ).

The technology is hydrothermal carbonisation (HTC), a thermochemical process that is specially designed for biomass with a high water content. Omar Abdeldayem, a PhD candidate at IHE Delft, is part of the team that is working to optimise the process.

A smarter reactor
“Normally, plant waste needs to be dried before it can be upgraded and used for commercial purposes. But removing water can be tricky and expensive. As a thermochemical process that is performed in water, HTC eliminates the problem of using waste that has a lot of water in it,” he says.

HTC takes place in a reactor, using heat and pressure. Temperatures are, however, relatively low compared to the pyrolysis process for biochar production. Omar is using computational fluid dynamics and machine learning to maximise the hydrochar output and make the process more robust in preparation for scale up.

“The machine learning model is like a child. We’re trying to train the reactor to learn and predict so it can gradually adapt and become smarter.”

Professor Lat Grande Ndiaye at University Assane Seck of Ziguinchor looks forward to starting tests with the HTC reactor within the next few months.

“This compact technology simplifies the production of biochar, which is currently produced using traditional drum carbonisation reactors,” he explains. “Through the BIO4Africa project, we also hope that farmers will be able to test the hydrochar for soil amendment or to increase the production of biogas in biodigesters.”

Typha – from problem to resource 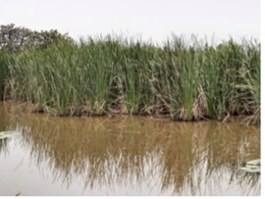 Typha near the Senegal-Gambia border 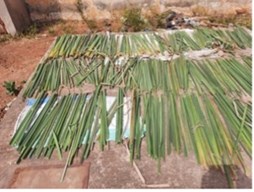 Typha drying at the UASZ laboratory

Typha has spread massively along the banks of the Senegal River and its tributaries following the construction of the Diama anti-salt dam between Senegal and Mauritania in the 1980s.

Thriving in still water, typha can reach up to three metres high. Seeds from the cylindrical flower heads blow easily into rice paddy fields, where they germinate with negative impact on rice production.

“The Mauritanian side of the river has about 24,000 hectares of typha. That’s equivalent to 34,000 football fields and enough to produce up to 144,000 tonnes of biochar,” says Professor Lat Grande Ndiaye.

During the exploration activities for BIO4Africa, another expanse of typha in Dogorong has been found about ten kilometres from the border between Gambia and Senegal’s Kaolack region – more confirmation of the plant’s rapid spread.